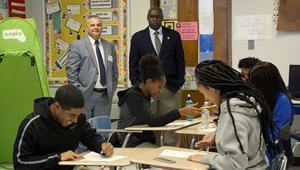 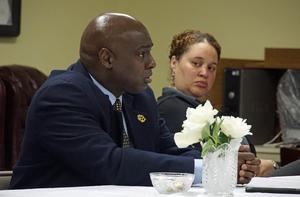 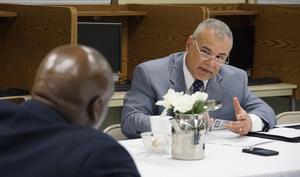 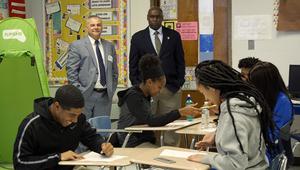 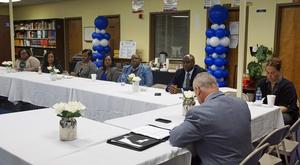 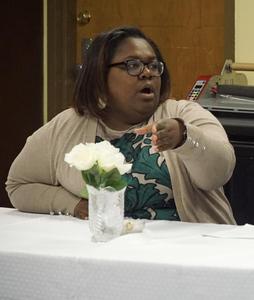 The Council for A Better Louisiana visited West St. John High School March 19 to learn from the school’s success in the hopes of duplicating those efforts across the state.

The council is visiting some of the 112 schools in the state that have attained an A or B letter grade while educating a 75 percent or more economically disadvantaged student population. The purpose is to provide an opportunity for legislators to recognize the achievement happening at these schools and to take the data gathered from the visits to compile a case study to see what is working in these low-income, high-achieving schools and to then share that information with other schools facing the same challenges.

“We testify at education committee meetings, in the House side, and every legislative session there’s about 120 to 150 bills that affect K-12 in some form or fashion. In going to these hearings and these meetings I heard time and time again from different organizations – not ours – that would go to the table and they would tell these policymakers that poor children can’t learn and that low-income schools shouldn’t be held to the same standards as other schools and, as an educator and as a parent, I knew that that was a false narrative, so one of the things we set out to do was prove that narrative was not true and that poverty is not a learning disability and it should never be used as an excuse,” said Dr. Keith Leger, Director of Education Policy and Government Affairs for the CABL. “So we set out to find high-poverty, high-performing schools like West St. John. What you are all doing is disproving those folks. You’re bucking the trend line.”

WSJH’s percentage of students classified as economically disadvantaged is even higher than CABL’s threshold, at around 95 percent, but that hasn’t kept the school from earning big accolades. Earlier this year it was named an Equity Honoree by the Louisiana Department of Education for outperforming 90 percent of all schools in the state among African-American students and it’s been ranked in the top nationally by both U.S. New & World Report and Newsweek.

But although West St. John has been recognized on multiple occasions for its success in educating economically disadvantaged students it’s not a term that’s used at the school.

“I don’t think our students know they are in a low socio-economic classification. That’s not a moniker we use,” Principal Claude Hill said.

Discussions with the West St. John High School leadership team during the visit included the key components of leading a school with a high percentage of economically disadvantaged students, what programs have been implemented that have led to the school’s success, professional development, what skillsets are sought when hiring teachers, what has been done to make sure all students are on track to graduate, curriculum, culture and climate and parental involvement at the school.

Of particular interest is the school’s success, not only in graduating students, but seeing them off to post-secondary education. The school’s graduation rate for the 2016-17 school year was over 95 percent and nearly every student moves on to technical school, college or the military.

“You have a very high rate of graduation and of students who go on to college,” Leger said. “What do you do at West St. John High that others might not do?”

Hill said the school is willing to give up class time to expose students to opportunities they might otherwise never experience through college visits, job fairs and visits by professionals to the school.

Vice Principal Kendria Spears said she also discusses with students where they want to go after high school as soon as they arrive on campus so that they can set goals and review their transcripts and test scores in order to attain those goals by graduation.

“The biggest component is passion and getting them to believe in the possibilities,” Hill said. “We have all come from a public school education at some point and if we can do it you can do it, so we’re speaking from walking those halls.”

Leger said the high-performing schools he visits, including West St. John High, have many things in common, such as the use of Tier 1 curriculum, a strong leadership team that shares responsibility and a strong relationship with parents and the community.

As for advice they would offer an administrator coming into a similar school, the West St. John leaders said don’t stress that it’s a low socio-economic area emphasize that you want to help, meet students where they are and fill in the gaps, show students you care, be consistent, don’t tell students what they can’t do but instead show them ways to do it and build relationships with students as well as staff.

“Don’t use socio-economic status as an excuse,” School Board member Charo Holden said. “Show them that you do care and, for the time being, when you’re in my classroom I will be that parent figure. Make sure they are comfortable with you so they can come to you in whatever aspect they need.”